Nineplus Wetsuits are made using Yamamoto’ closed cell foams and are all produced from 100% CR – Chloroprene Rubber. This is commonly known by most as Neoprene which is a DuPont trademark.

Nineplus wetsuits exclusively use Yamamoto rubber which is derived from Limestone and is over 99.7% calcium carbonate compared to petroleum based neoprene manufactured by other companies. Our neoprene is as environmentally friendly as possible. Not just in its makeup but mostly in the production technique which is the most damaging aspect of neoprene production. Yamamoto is the only rubber accepted into the medical profession and this is due to the environmental aspects of its production. Using calcium carbonate foam is much cleaner and more eco-friendly because it does not use petroleum as the important resource, instead it uses used car tyres. The heat used for processing and producing the raw materials is 1/10th of that being used for refining the petroleum based equivalent neoprene which most use. Furthermore the generated heat which is used in the neoprene production is then used to nurse eels, a major source of food within Japan. The source of the heat used in the factory is from burning used tyres within a controlled environment made possible using electricity derived from water turbines powered from the mountain streams. The way Yamamoto covert the limestone to neoprene is considered the most environmentally clean route in relation to how the product is generally made.

Yamamoto neoprene is not derived from petrochemicals in anyway, it is from limestone taken from the mountains within Japan in the same way concrete is made. There is estimated to be enough reserves to last another 3000 years so it is not a limited supply resource. By utilizing hydroelectric power the greenhouse gases are kept to an absolute minimum and by recycling the heat for farming the production process is as conservative as possible.

During processing a special compound is used to match the neoprene and it is processed at 0.5 centigrade. This process causes the limestone to make an acetylene gas which then by polymerization liquefies to the burnt rubber and then dry’s into rubber chips. Essentially car tyres are being recycled and bonded to limestone to create the neoprene sheets which are then cut and sewn into our wetsuits.

Nineplus & HASU use Yamamoto which assures;

Super low modulus stretch with optimum cell recovery – in regular terms you can stretch Yamamoto to its maximum over 2000 times and it will not bag out. Other neoprene has around 300 times and it loses it stretch. Worth noting next time the suit feels great for 6 months and then loosens on the elbows and the knees. 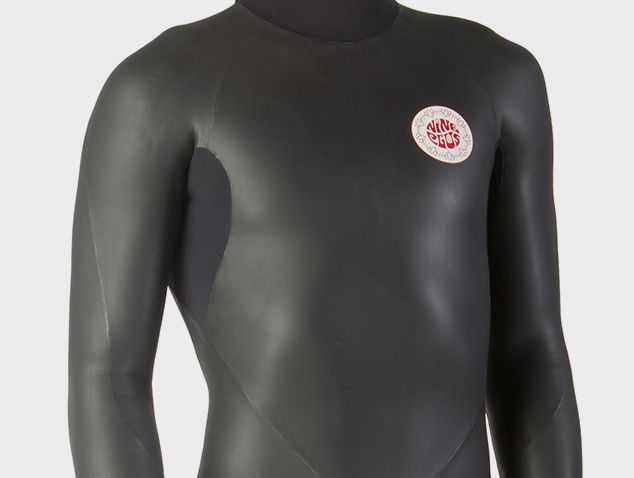 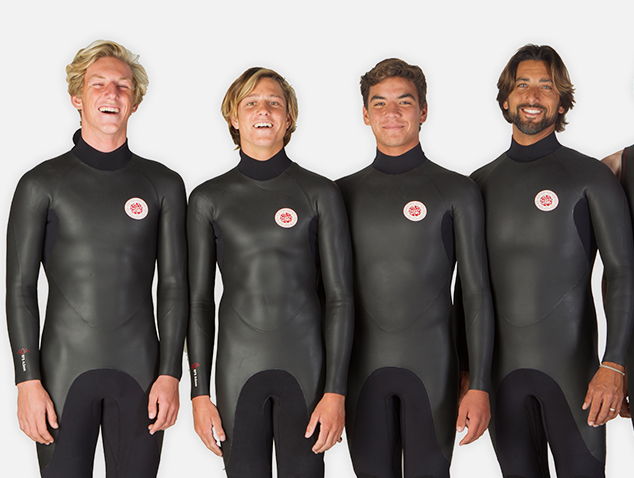 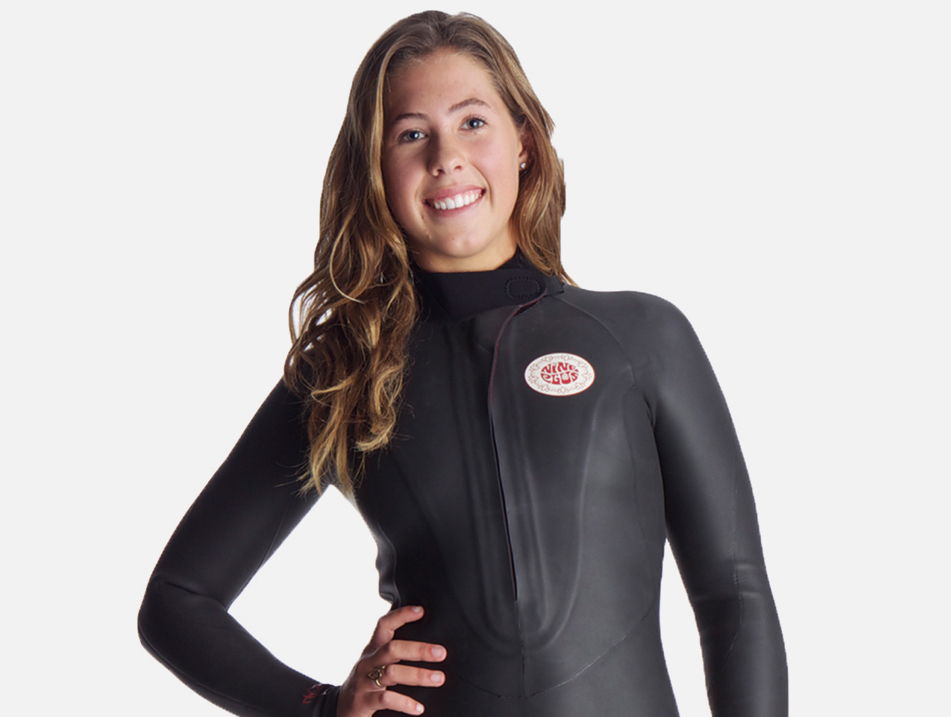 In addition and something quite unique to a Nineplus wetsuit is the use of smooth-skin – or single lined neoprene as it’s known in the business. This is found on both the top and bottom surfaces of the neoprene when it is pressed in a mould (like a giant flower press) the surface layers are sealed by the mould and is why the surface is smooth and completely water tight. The neoprene sheets are then around 30cms thick with the inside being known as ‘foam’. The ‘foam’ is sliced into various mm thicknesses (5mm, 4mm, 3mm etc) and then sandwiched within stretch nylon (what regular wetsuits are made from). Yes, you get much more foam and therefore nylon coated neoprene than the top and bottom surface layers which is why Nineplus wetsuits can be more expensive. Some companies cheat on this process by making artificial smooth-skin using a liquid rubber paint. It looks okay but is prone to cracking and breaking down. The softer the inside cell and the more elastic the nylon the more stretch in the neoprene (sometimes called all sorts of interesting marketed names within brands advertising)

At Nineplus we only use the top & bottom surface areas which naturally are smooth from the rubber moulds. The surface being sealed makes it into a natural seal or skin. This is resistant to both the wind, water and when used with blind-stitching forms an impenetrable barrier against the elements. This is the main reason Nineplus & HASU use smooth-skin. Smooth-skin also absorbs no water so no weight is added. Its means you spend your energy pulling yourself through the water and not pulling the water around with you. 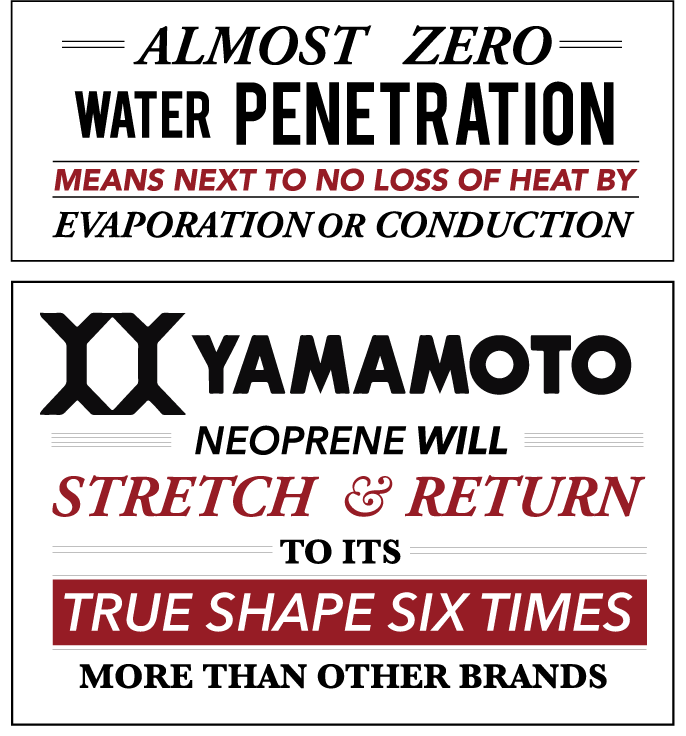 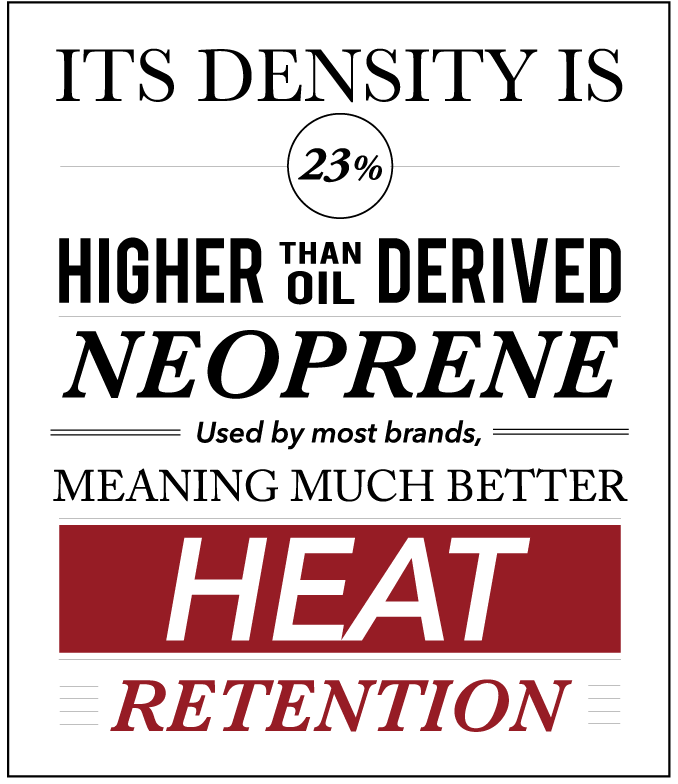 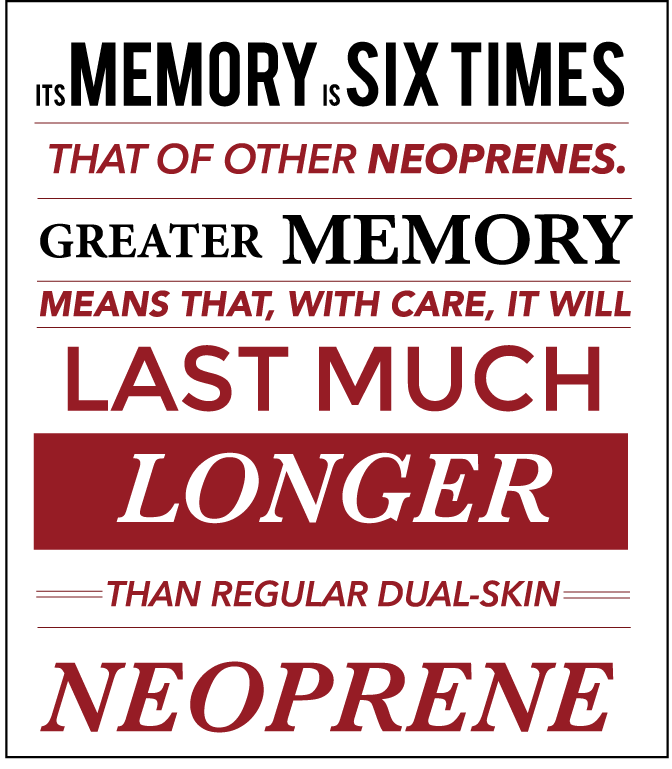 Produced in Yamamoto Number 39 (the grade number reflects the density and softness of the cell makeup) this is a suit which is extremely modern in terms of fit, comfort and weight while retaining the retro styling of a classic smooth-skin (single lined) wetsuit. There are many production secrets that help create the Nineplus wetsuit which includes the special machines and machine specialists used to stitch the single lined smooth skin down to even 1mm thickness used on the 2/1mm full suit.  The average weight of a 3/2mm full suit weighs in at just 1kg. As the suits have a minimal water retention (the outside single lined smooth skin) cannot soak in any water and the lining being a nylon will dry out in under 10 minutes when left to dry. This means that the wetsuit when taken off the body is only minimally heavier than when dry and put on

The actual wetsuits are built around the contours of the human body. The slight muscle tones of the body can be followed and when this is done the whole wetsuit moves easier against the body as we walk, move and stretch. As the Yamamoto neoprene has a greater density but is not heavier it stays fixed in position and gives a much better overall fit against the body.

Since 2000 Richard Balding, Tommy Yamamoto & Kiddy Lue have worked tirelessly on creating a completely unique wetsuit that performs above all expectation while remaining timeless and classic in its approach. Using minimal Japanese design with the worlds best production techniques with the best Neoprene in the world the Nineplus wetsuit is a revolutionary product. Nineplus has been copied over and over in its designs although is protected somewhat by its development and progress along with the exclusive arrangements and research it constantly shares with people dedicated to the progress of performance based design. Its progress over profit and solutions over sales which make Nineplus a truly unique and relevant company in its marketplace.